On Thursday 29th July, the New York City Council voted 41-2 to include domestic workers in the New York City Human Rights law. This is a historic win for the 60,000 domestic workers who were not protected under the law. This bill will protect home care workers, nannies, and housecleaners and will prohibit discrimination in New York City. The NY NDWA & We Dream in Black Chapter, affiliates Adhikaar and Carroll Gardens Association, and partners Hand in Hand and Jews for Racial & Economic Justice have been organizing for this bill since 2018. 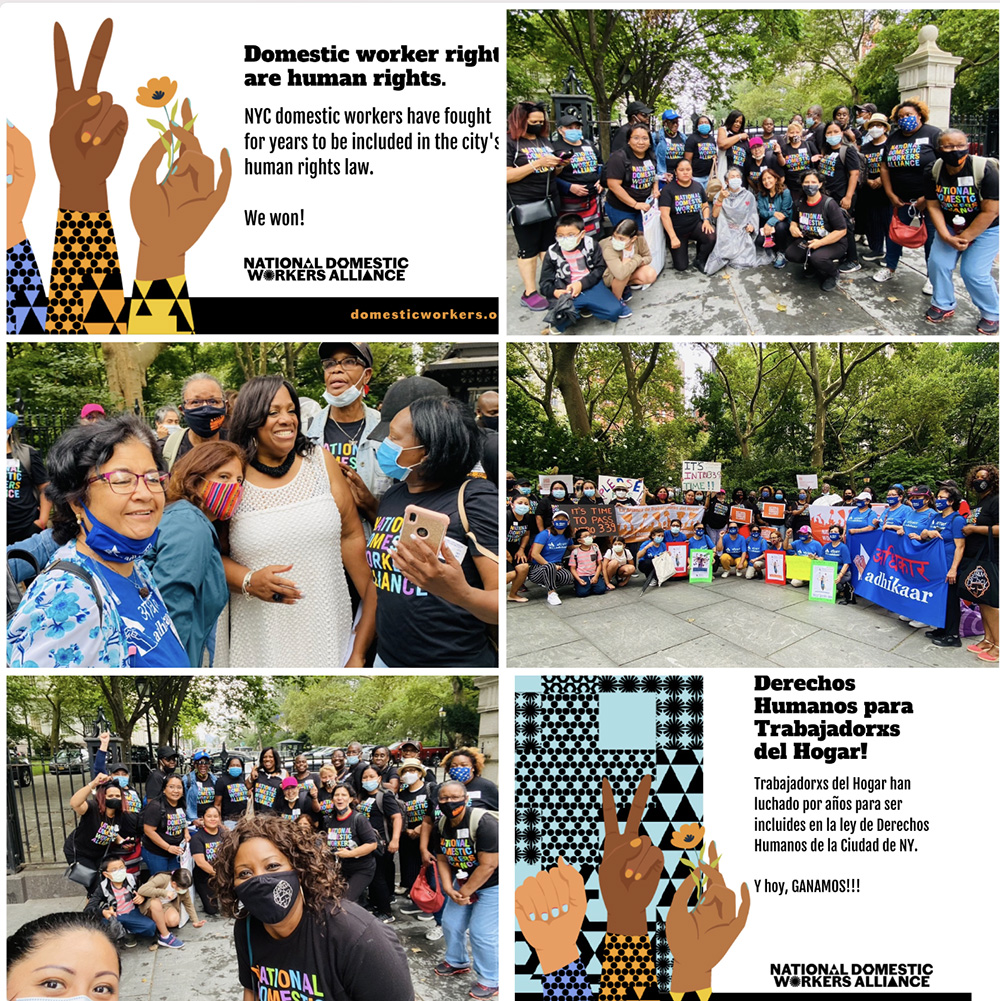