Transform the lives and labor of Black domestic workers

The ‘Unbossed Agenda’ is We Dream in Black’s organizing directive to give power back to the visions of Black domestic workers.

We are not Aunt Jemima women.

We are the proud legacies of village-making, dream-holding, voter registering, union building, road-marching, poetry in motion, this land is our land, loud-loving, stunting-on-all-y’all, Black women domestic workers. We believe a better future is possible, one in which Black women and caregivers experience abundant joy, safety and well-being.

Put some respect on our names.

The ‘Unbossed Agenda’ is We Dream in Black’s organizing directive to give power back to the visions of Black domestic workers, who are U.S. born and immigrants, of multiple gender identities and sexualities, and of varied class backgrounds and abilities—some of the most invisible, essential and unprotected workers in our country.

Transform the domestic work industry so that we are included in all labor rights, protected from abusive conditions in the workplace, and paid the fair wages that we deserve.

Disrupt the systemic and systematic harms that impact the lives of all Black women and domestic workers. 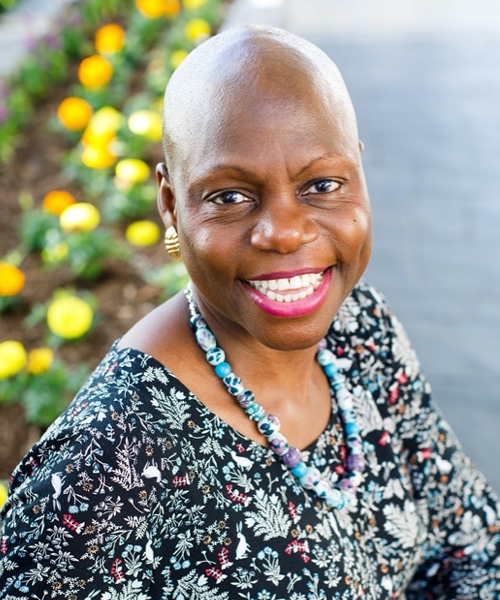 Sometimes the way we are treated, it takes us back to our ancestors. As much as we have evolved in our society, a lot of racism and pain still happens, it’s just a little more subtle. As a Black domestic worker, I take pride in what I do. I’m so grateful to be in the legacy of Dorothy Bolden, and to organize and fight with other domestic workers. Organizing is the only way things will change and get better.

The National Domestic Workers Alliance (NDWA) is the leading voice for labor rights, respect, and fairness for the millions of nannies, home care workers, and house cleaners in the United States. In 2015, NDWA launched We Dream in Black (WeDiB) to build the collective power and visibility of Black caregivers, nannies, and professional cleaners. WeDiB works at the intersections of race, gender and class, to push for transformation in the care industry.

Domestic work has deep roots in the enslavement of African peoples and the centuries-long economic exploitation and social subjugation of Black women. Today’s domestic work industry is still defined by poverty wages, rampant sexual harassment, and a lack of regulations and labor protections for the workers. But from enslaved women’s daily forms of resistance, to the coordinated strikes of Southern washerwomen in the late 19th century, to organizing initiatives pioneered by 20th century domestic workers, like Dorothy Bolden and Melnea Cass; Black domestic workers have always led struggles to improve the conditions of the industry and their own lives. We do our work in this powerful legacy.